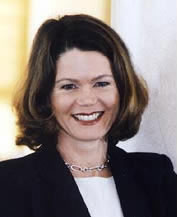 Carol McLean Brewer is a Partner at Anderson, Ogilvie & Brewer LLP. She concentrates her practice on class actions and consumer litigation. She graduated from the University of Florida in 1976 and UF College of Law in 1979. She was admitted to The Florida Bar that same year and to the California State Bar in 2001. She has been admitted to the Southern District of Florida (including the trial bar), the Middle District of Florida and the Eleventh Circuit Court of Appeals. She is admitted to all of the District Courts of California and to the Ninth Circuit.

From 1979 to 2000, Ms. Brewer’s practice was based in Florida, where she handled numerous cases at trial and on appeal. She has focused on class action litigation since 1992, when she became of counsel in the West Palm Beach office of the Pennsylvania-based firm then known as Greenfield & Chimicles (now called Berman DeValerio). Among other cases, she obtained certification of an unusual nationwide class action that was affirmed on appeal, Renaissance Cruises, Inc. v. Glassman, 738 So.2d 436 (Fla. 4th DCA 1999). While in Florida, she served as president of the Palm Beach County Bar Association from 1995 to 1996. She was elected to serve as one of Palm Beach County’s representatives on The Florida Bar Board of Governors from 1996 to 2000. She is currently a member of the Board of Trustees of UF’s College of Law.

Have a legal question? Need someone to review your case? Fill this out, and we’ll get back to you as soon as possible

Consumers are often confused about the effect of inquiries on . . .

Consumers are being bombarded with ads by credit report . . .